(without camera, with 2 batteries and ST16S)

The H520 is a Hexacopter with long flight times, safety and flexibility, developed for law enforcement, security, construction, surveying, broadcasting and mapping applications. Its rugged design and reliable precision compass provides a stable and precise flight envelope, and numerous safety features make the H520 the ultimate copter for commercial and professional operators. 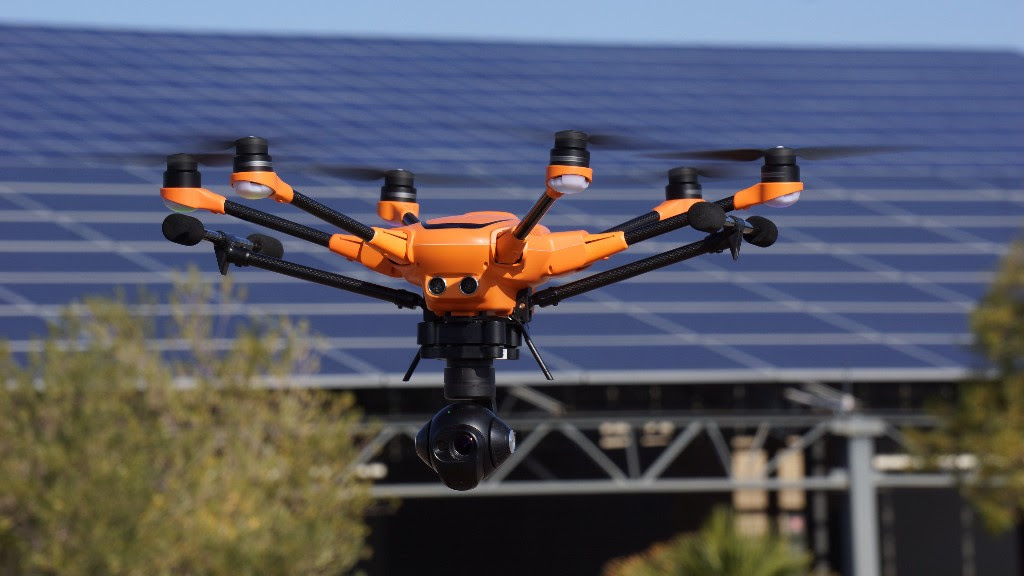 The 6 rotor Hex system allows for precision flight even in high wind environments and ensures the H520 will stay airborne and land safely even if one rotor fails. The powerful U-Blox™ processor determines the precise position of the H520 using GPS, GLONASS and GALILEO satellite systems. Thanks to its high-capacity, high-voltage battery and efficient engines, the H520 can remain in the air for up to 28 minutes.

The included DataPilot™ software on the ST16S allows you to schedule, store and modify missions at any time. You can decide whether you want to do this on site or at the office. Thanks to the offline map cache, you can also work out in the field without internet access.

In order to be able to monitor events or accidents from a stationary viewpoint over a long period of time, it is now possible to power the H520 indefinitely via a tethering system (available separately). The operator is able to share the HD video feed from the H520 to additional monitors/outlets via the HDMI output on the ST16S. Using the HDMI output the operator is able to set-up mobile service centres, or the live signal can be used for TV productions. 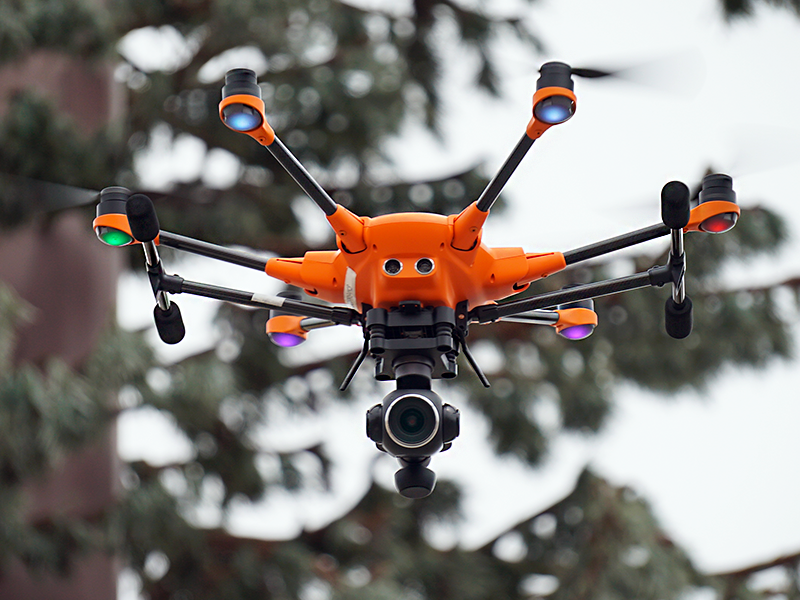 The H520 can be equipped with three different, hot-swap capable camera options, making it adaptable to a wide range of applications. The weight of the H520 mounted with any of the 3 available cameras is less than 2kg. With fully retracting landing gear and the unlimited rotation gimbal-cameras, you have an unobstructed 360°-view ensuring you capture every detail with ease. 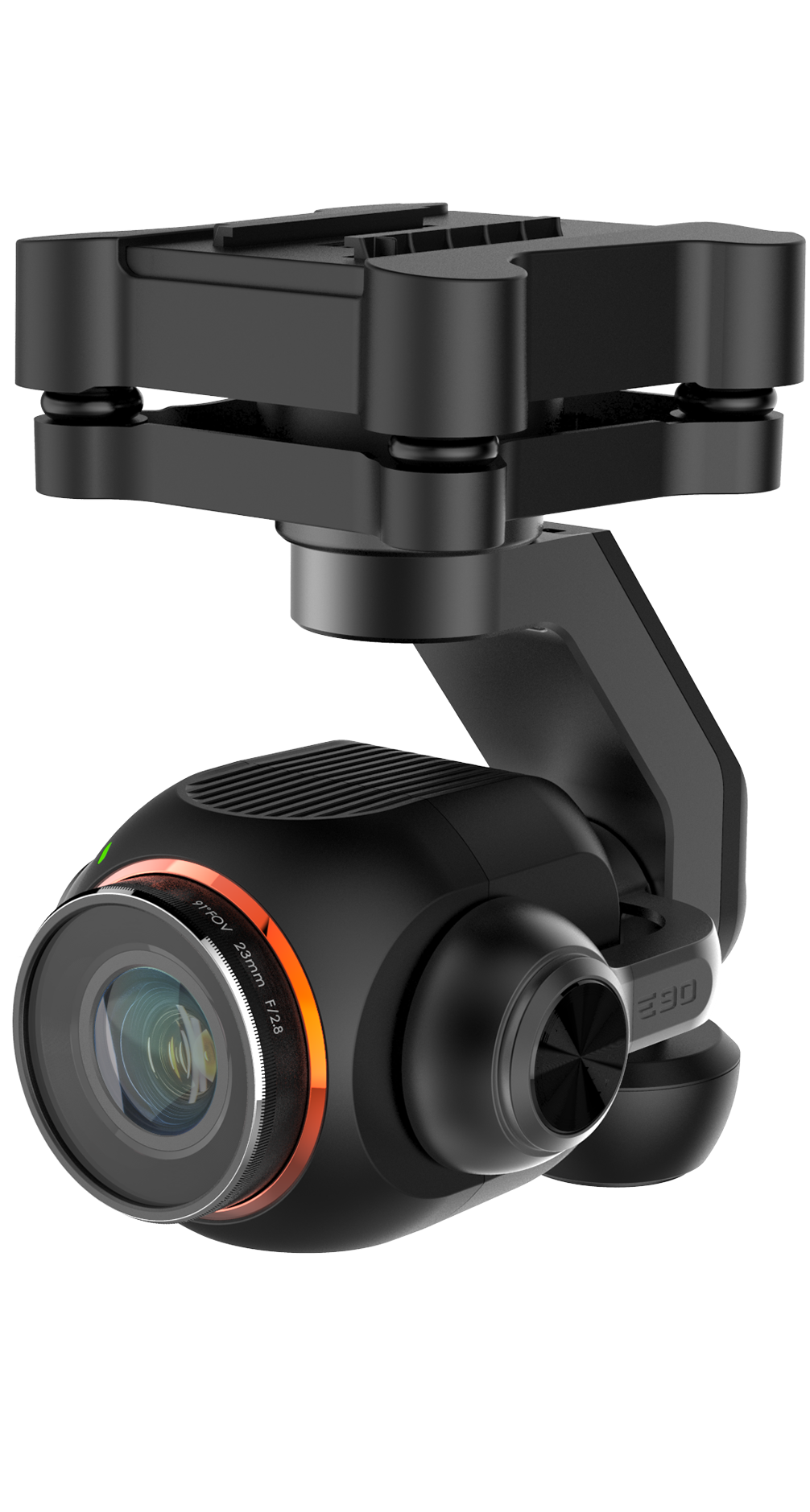 The E90 is a 360° unlimited rotation wide-angle camera designed for high-quality shots. The E90 utilizes a high aperture 1 inch CMOS imager that is capable of capturing 20MP Stills and 100MBPs Footage (4K @ 60fps). With a 90° FOV and a rolling shutter, the E90 is capable of producing industry leading aerial imagery and video. The sensor provides exceptional dynamic range and improved signal-to-noise ratio. 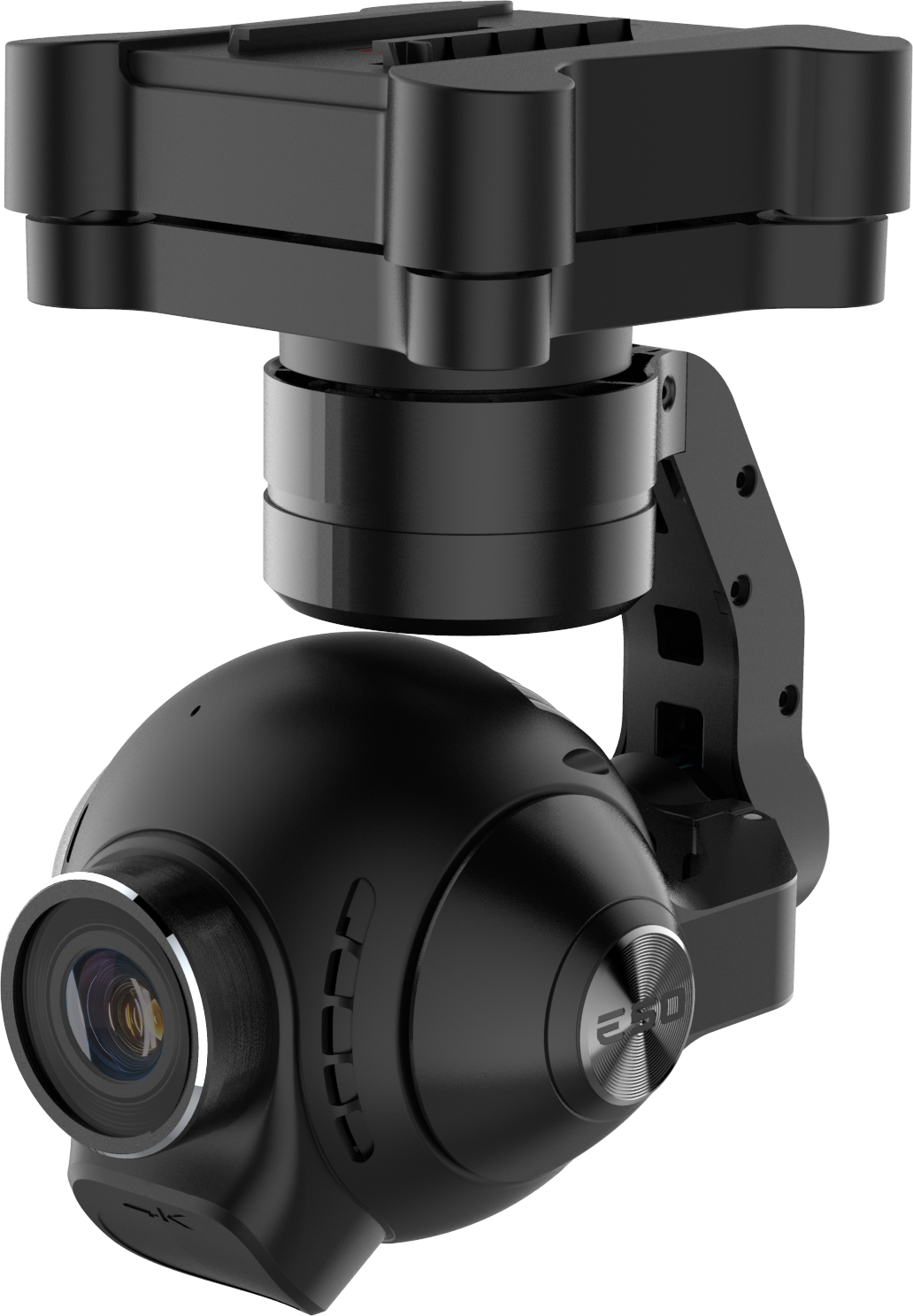 The E50 is a special-purpose camera that is particularly suitable for inspection work and film production. It is equipped with a 360° unlimited rotation gimbal, a 10-piece glass lens, a 40 mm fixed focal length lens and a 44 ° field of view. 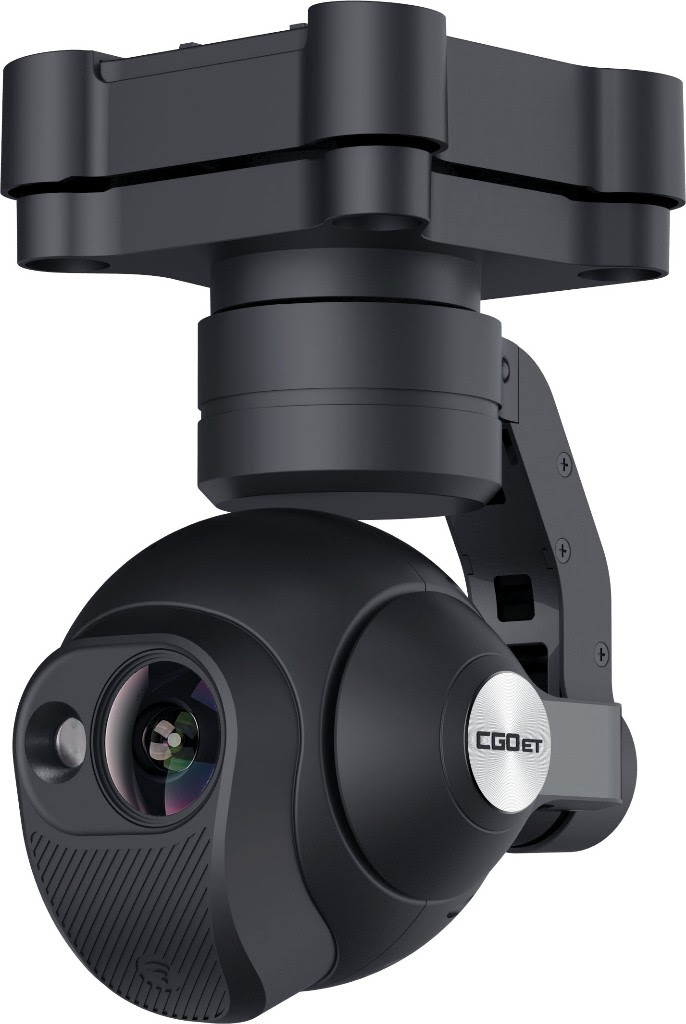 The CGO-ET is a dual-sensor thermal imaging and low-light camera. The thermal imaging camera is able to display user-adjustable relative temperature differences, and the ultra-sensitive low-light camera can capture high-quality shots even in low light conditions. Both Video feeds are streamed live to the ST16S transmitter providing control of camera settings which can be viewed picture-in-picture or superimposed. 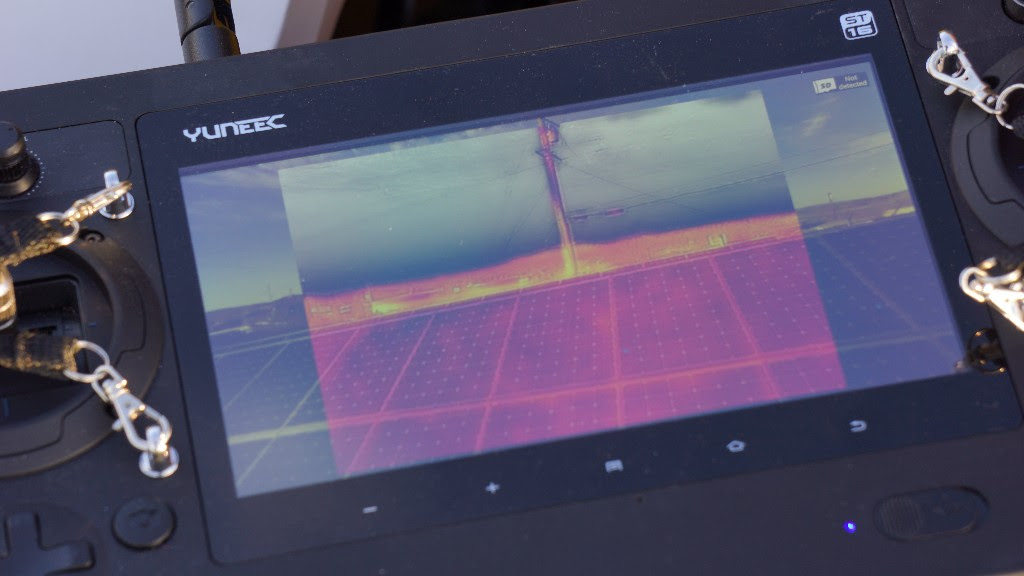 The new Android-based ST16S is equipped with a powerful Intel™ Quadcore processor and has sufficient processing power for the new included high-performance flight apps. The low-glare 7" LCD display with improved touchscreen ensures accurate, intuitive control of the H520 and shows you all flight information as well as the live video feed from your camera in 720p HD. The ST16S Ground Station also has an HDMI output, supporting the use of additional monitors without compromising image quality.

The included DataPilot™ app is a complete software solution for planning waypoints and survey missions. The app is fully integrated into the hardware and software of the H520. The DataPilot™ software system enables users to efficiently and consistently create orthomaps, 3D scans, crop data imagery, or cinematic movement for repeatable, recallable aerial flight paths, without requiring expensive 3rd party software. Surveys, construction measurement, BIM components, perimeter security, accident scene reconstruction, forensic captures, 3D scans, orthomosaic, photo-stitching are generated with precision and efficiency via the DataPilot™ interface. Missions/flights may be stored for later recall/reflight, or planned off-site and transported to the control system via email, thumbdrive, or micro-SD card. DataPilot™ auto-generates survey paths with user-defined overlap/sidelap, and cross-hatching for precision 3D or large format image output. Users may define a survey resolution via altitude or inch-per-pixel decisions, providing a platform that is capable of flight even in low altitude scenarios. DataPilot™ also allows for storage/caching of maps from many map providers for access in areas with no internet connectivity, and provides tools for precise waypoint placement even in areas where no updated maps are available. 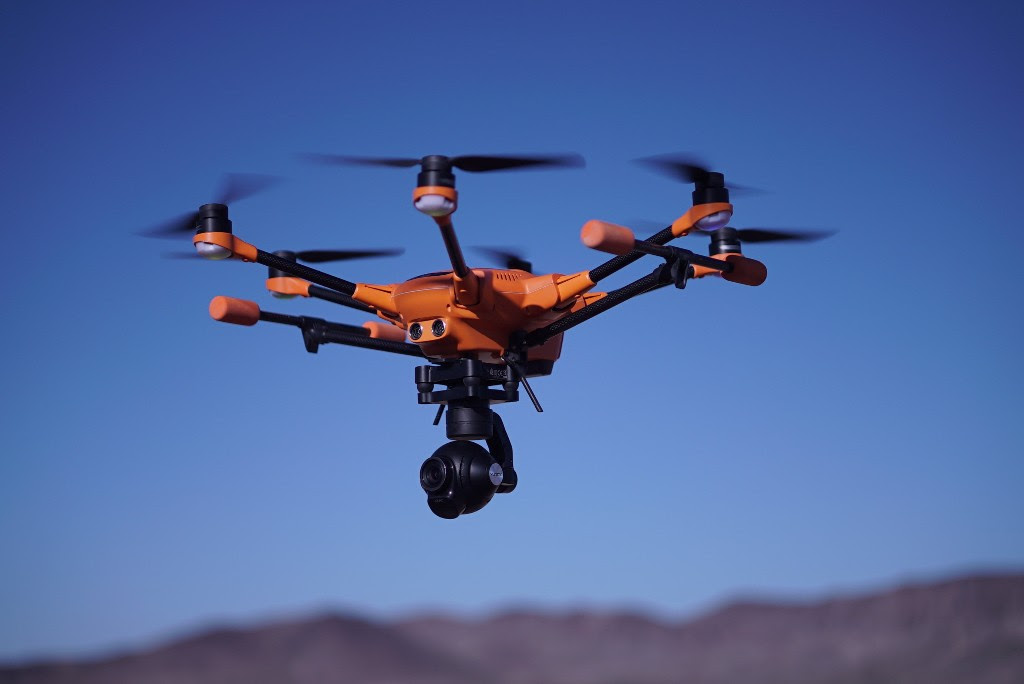 The SDK provides a wide range of interfaces for programming the H520, enabling users to develop individual apps for the H520 and to implement application-specific functionality. The H520 can thus be adapted to specific user needs for optimal results.