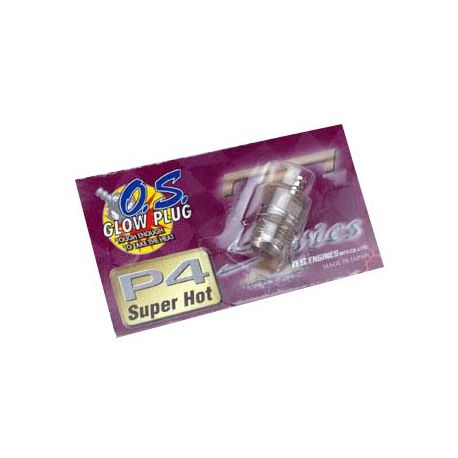 Tough Enough to Take the Heat.

Getting the best engine performance means choosing the right glow plug, which depends on a number of different factors – the engine type, air–fuel mix, nitro percentage, and even air temperature.

What's more, the right glow plug will change as conditions change. Keeping a range of glow plugs on hand will help you fine–tune glow heat and enjoy maximum performance under all conditions.

The "right" glow plug for your engine is the one that gives you the best performance. And you can choose the right plug for any situation, just by following the guidelines below.

Guideline 1: Know what type of engine you have. Is it a standard - or a turbo?

Many new O.S. engines are turbo engines, which feature a special 2-piece turbo head. The biggest benefit of turbo plugs is superior performance. Unlike standard plugs, turbo plugs (identified by a "P" in the description) feature a tapered "seat" that matches perfectly with the head. That creates a superior compression seal and with it, maximum efficiency and power. Turbo plugs are the choice for racers who want - and need - top performance.

A word of caution: you should never install a turbo plug in a standard engine or vice versa. Doing so risks doing serious (and expensive!) damage.

2. Displacement
Size matters to glow plugs. What size is your engine? A .12? .15? .21? Big engines have more mass and retain heat better. Smaller, lighter engines don't, and need the help a hotter plug can offer.

Guideline 2: The smaller the engine, the hotter the plug.

Guideline 3: The higher the nitro content, the colder the plug.

4. Temperature
Smart modelers tend to keep a variety of glow plugs on hand. The reason? Because the "right" plug for your engine can change with the temperature. To achieve top performance, your choice of plug needs to change, too.

Guideline 4: The hotter the day, the colder the plug.

5, 6 & 7. Other Considerations
Here are a few other things you should know.

Hot plugs promote better idling and acceleration. If your engine runs rough or accelerates sluggishly, a hotter plug will help.

Cold plugs produce more power and may improve performance if your engine runs hot. The downside is rougher idling and more difficulty in tuning.

Fuel-air mix not only affects how your engine performs; it can also have an impact on how long your plug lasts. If you run rich, it means that you're using more fuel than necessary for top performance. Modelers are often advised to run rich during engine break-in, because it helps cool the engine. However, running too rich can also cause an engine to "bog down" or quit entirely. In addition, it also means that the glow element is being exposed to more contaminants than necessary, which shortens plug life.

Running lean means that you're using less fuel. "Leaning down" an engine has a positive effect on performance. However, care is needed here, because over-leaning an engine can harm it, by raising operating temperatures, "burn up" a plug before its time.

Choosing the right glow plug not only improves performance, but can also extend the life of your engine and the glow plug itself. With the guidelines above and the tips below, you're well on your way to achieving both.

Heat is created initially by connecting a glow starter or 1.5V battery to the plug. Once the plug comes up to heat, the battery is disconnected and the heat retained by the combustion chamber will keep the engine running. Engine timing is automatic and controlled by engine rpm. Running at higher rpm makes the plug hotter and "fire" the fuel-air mix sooner. At lower rpm, the filament cools and the plug fires less frequently. 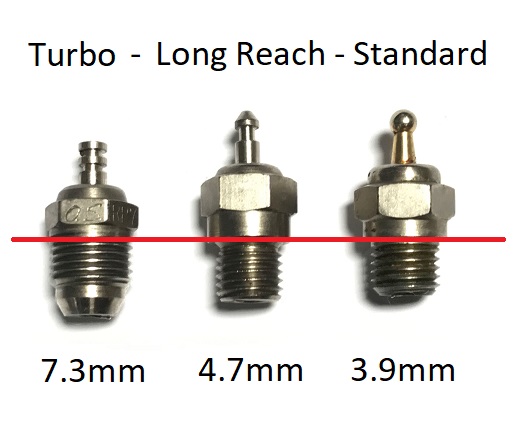